“For in that sleep of death
when our iPods have Shuffled off their electric coils,
what repair fees may come must give us pause”

— From The Tragedy of Spamlet, Prince of Cupertino

One of the most enduringly enjoyable gifts I ever received was an iPod Shuffle 2nd generation, a birthday present from my sons in 2007. Until that point, I had satisfied my need for portable audio with a cheap, no-name USB flash drive with a built-in mp3 player, a device that, while delivering sound quality good enough to keep me distracted on the subway, ultimately self-destructed, a victim of its flimsy contruction. The iPod was an altogether different animal: elegantly and robustly designed, it delivered superior sound with respectable battery life. I didn't mind the absence of an LCD screen to identify music tracks (although even my defunct cheapo mp3 player had one), but I did object to being required to manage those tracks using iTunes, a strategy typical of Apple's suffocating obsession with proprietary technology. Still, the Shuffle served me faithfully through 14 years of beach trips, work commutes, airplane flights, and kitchen chores, until the rechargeable lithium-polymer battery started to fail. My options being to replace the Shuffle or repair it, I went the latter route in order to spite Apple, with its implicit “our products are designed to be thrown away, not fixed“ corporate philosophy. I found services online that offered to replace Shuffle batteries at a price inconsistent with the value of a 14-year-old tchotchke, so I decided to go it alone. Since a direct replacement for the original 22.5 mm square, 100 mAh battery was relatively expensive, I purchased a larger, higher-capacity battery for less. As evidenced from the photos below, while my “upgrade” is aesthetically inferior to the sleek original, my hot-rodded iPod sounds as good as ever, with significantly longer battery life between charges. “Build back better,“ as Joe would say. 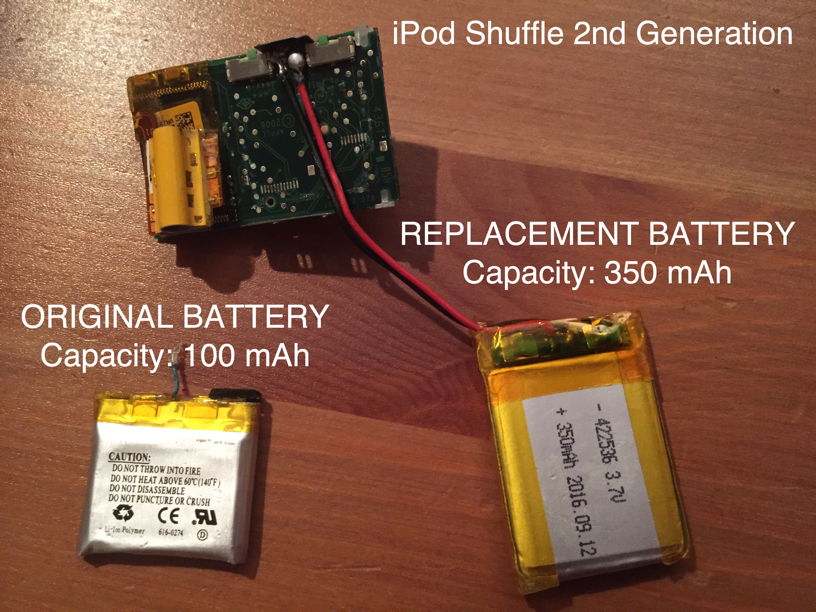 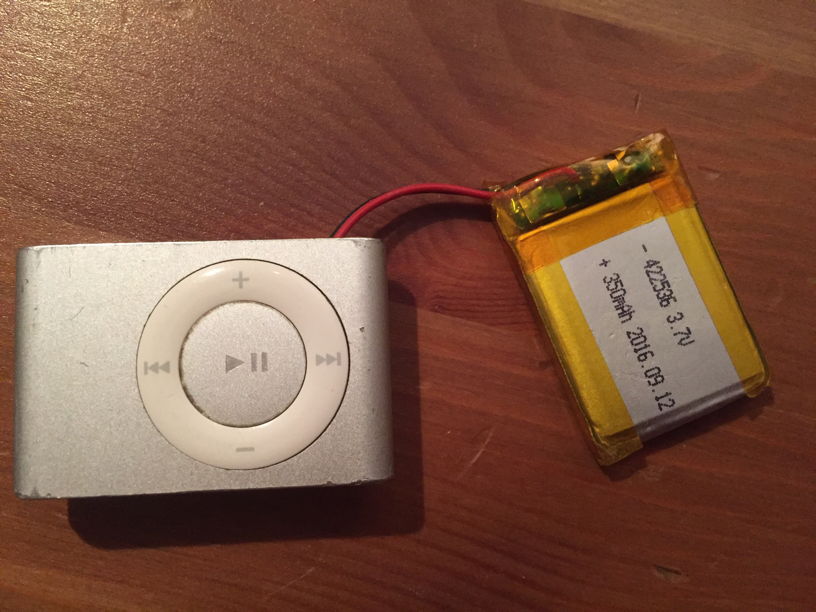 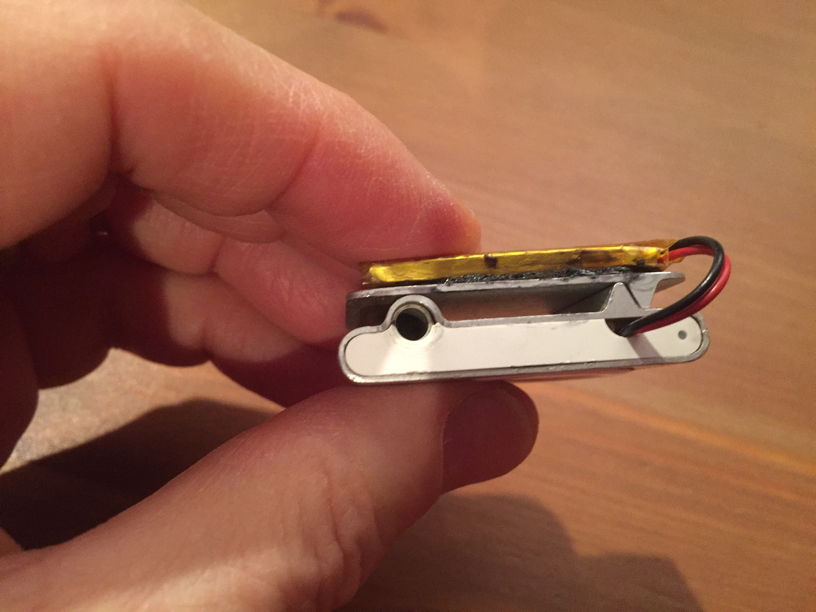 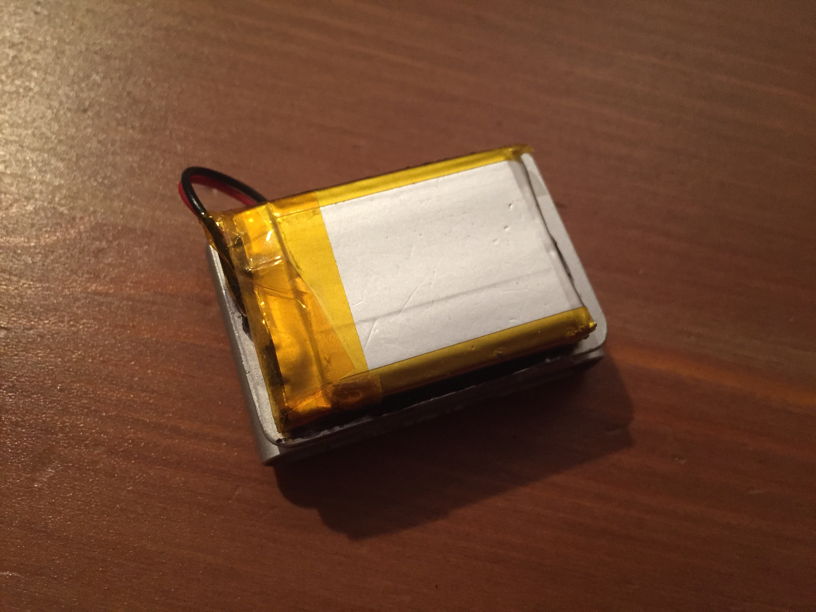 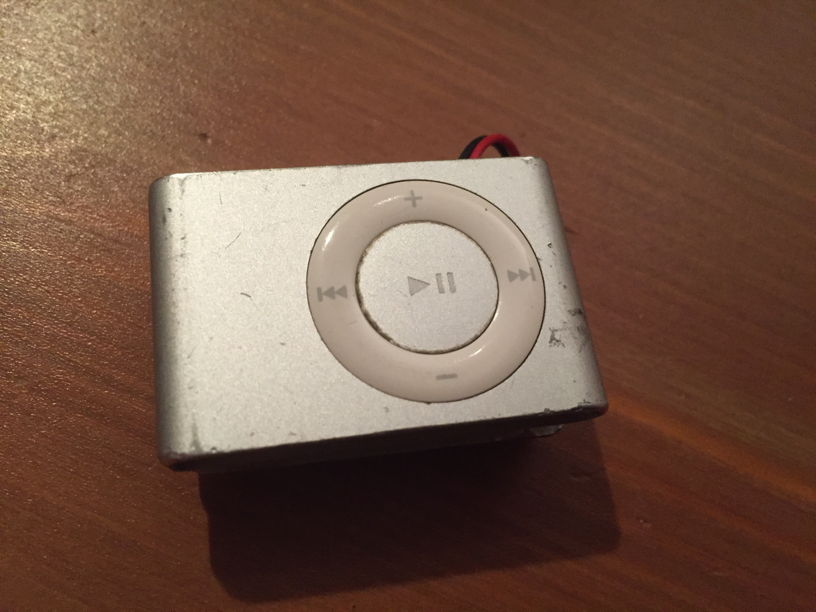