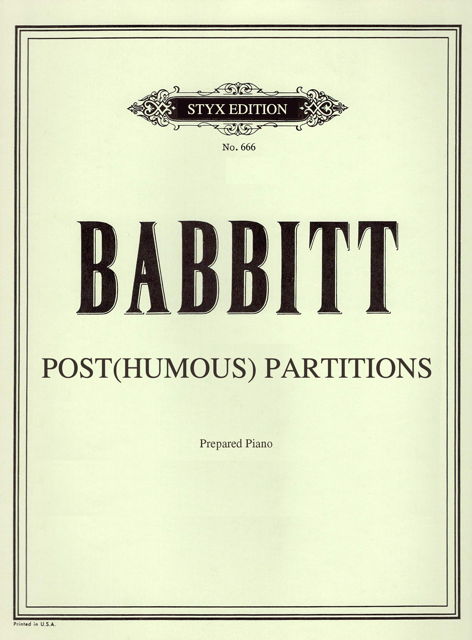 The keyboard compositions of Johann Sebastian Bach, Ludwig van Beethoven, Johannes Brahms, Frédéric Chopin, Claude Debussy, Edvard Grieg, Franz Liszt, Wolfgang Amadeus Mozart, Sergei Rachmaninoff, Franz Schubert, Robert Schumann, and Igor Stravinsky that were posthumously dictated to spirit medium Rosemary Isabel Brown during the 1960s and 70s are familiar to everyone in the necromusicology community. After her death in 2001, it appeared that the world would no longer be privileged to receive musical transmissions from the hereafter. Then in 2017, I received an email from the deceased Mrs. Brown informing me that she wished to transmit a new work to the land of the living on behalf of Chopin. I received the Chopin work in the form of a MIDI file attachment which Mrs. Brown had transcribed on her Commodore-64 computer (also deceased), which I in turn realized on sampling synthesizer and recorded as a digital audio file. This method of transmission from the Astral Plane proved so efficient that once word got out, Mrs. Brown reluctantly began fielding inquiries from a new cadre of dead composers, all of whom had succumbed to post-mortem obscurity. (During her lifetime, Mrs. Brown made the rounds of television talk shows to demonstrate her psychic gifts. When I asked her why she channeled new works only by beloved composers with whom she and the general public were already familiar, while many more lesser-known geniuses whose compostional style was unknown to her never made contact, she replied, "Khh-khh-khh email connection breaking up khh-khh-khh I can't hear you khh-khh-khh talk later...")

Among the first composers to attempt to revive their reputation was Milton Babbitt (1916-2011). In a "spirited" conversation with Mrs. Brown, Babbitt confessed that an after-death encounter with John Cage had been revelatory, a transformational and therapeutic experience that laid bare Babbitt's monomaniacal fixation upon compositional rationalism as a neurosis he now attributes to adolescent trauma ("I was a terrible dancer in junior high school"). Declaring that he no longer gave a rat's ass about hexachords, set permutation, or pitch classes in general, he dictated a new score to Mrs. Brown based on his 1966 piano composition Post-Partitions that delberately obscures pitch as an organizing element by being performed on prepared piano. Babbitt declared, "The delicious irony of twentieth century modernism is that the music of composers who were committed to post-Webern serialism sounded so similar to the music of their ideological opponents in the avant garde. I never could have admitted this during my lifetime, but now, like, who gives a shit?"

When asked if he was still in touch with John Cage, Babbitt replied that communication with Cage ended after the latter's banishment to the Buddhist Realm of Hungry Ghosts for his distorted and self-serving appropriation of Zen philosophy.