Notes from underground is an evocation of things subterranean: the subway, the sepulcher, and imaginary realms beyond. The audio comprises sounds of natural and synthetic origin juxtaposed in what might be described as an expressionist soundtrack of "sub-urban" (in the vertical sense) infrastructure. The urbs thus sonically depicted is in part a living metropolis, vital and violent, creative and chaotic, and also a mythic necropolis of decay littered with the layered detritus of defunct civilization, a monument to impermanence. 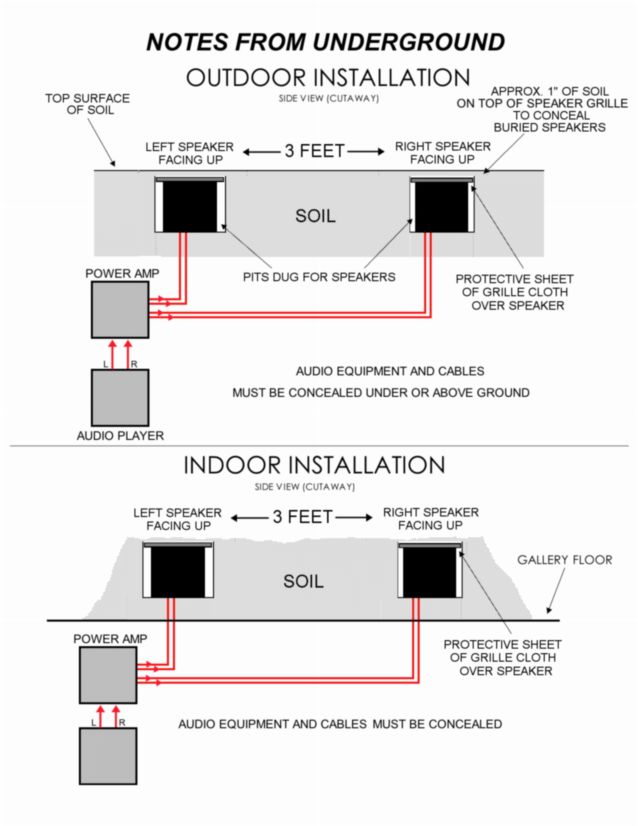