I am a parade: my fleeting career as pop icon 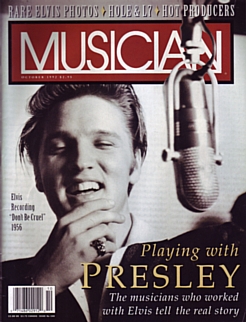 Connecticut curmudgeon Charles Ives famously told members of the committee that awarded him the 1947 Pulitzer Prize in music that "prizes are for boys. I'm grown up." I guess that if you're a genius and know it, you can afford the cavalier attitude. Personally, I was pretty pleased to have singer Chrissie Hynde of The Pretenders, producer Don Was, Parliament funkmaster Bootsy Collins, and singer-songwriter John Hiatt vote my recording of Larry, the stooge in the middle the winner of Musician Magazine's Best Unsigned Bands (B.U.B.S) Competition in 1992. Besides enjoying the validating ego-boost, I was happy to get my hands on the gear that comprised the prize package: Shure Beta mics, JBL studio monitors and power amp, Sony DAT recorder and reverb unit, and a Soundcraft mixing console. In the wake of the contest I enjoyed a brief flurry of attention from a couple of record labels soliciting demos, entertained interviews from NPR, the local CBS affiliate TV station, and a couple of newspapers, and signed on to a gig scoring a series of propaganda videos for the United States Information Agency. But the rosy glow couldn't last: I'm not a performer, and I'm conspicuously inept at leveraging opportunity into advantage. But I still have most of the gear and use it.

My grandfather used to say that all my career needed was one hit song, and I'd be set for life. Larry is as close as I've come to penning that hit; the year after the B.U.B.S victory, the same recording won Keyboard Magazine's Ultimate Keyboard Competition, which netted me a Korg 01/W Pro-X (finally, a synth with an 88-key weighted-action keyboard!), a Roland JD-800 synth, some outboard gear, and MIDI/digital audio recording software. I like that equation: material goods in exchange for ephemeral creativity. That's the arts racket for you. 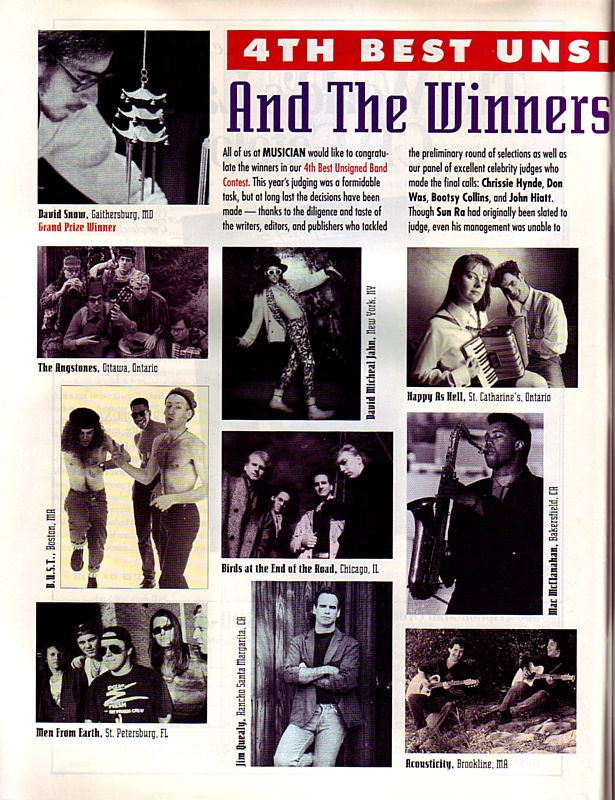 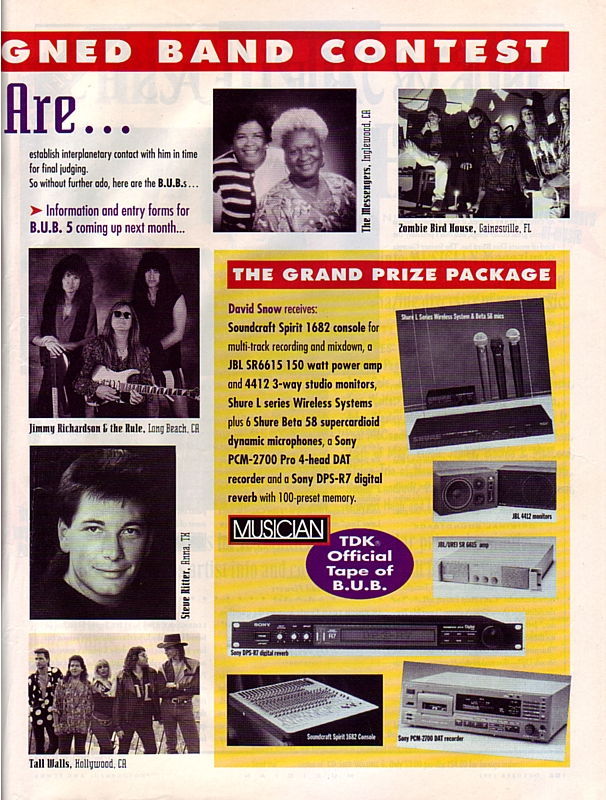